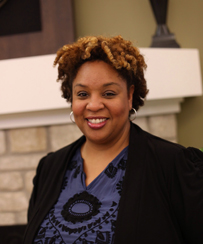 Tamika has served as a survivor spokesperson for the LIVESTRONG Foundation, has served as community representative for the President’s Cancer Panel (2003), and is a former board member of the Ulman Cancer Foundation for Young Adults. She served as a patient advocate member of the Gynecological Oncology Group and the National Cancer Institute’s Gynecologic Cancer Steering Committee- Cervical Task Force. She is also a former member of the District of Columbia’s Cancer Plan’s Gynecological Cancer Committee and the Maryland Cancer Plan’s Cervical Cancer Committee. Tamika currently serves on the board of the Global Coalition Against Cervical Cancer. Tamika currently resides in the Washington, D.C. area and is an award-winning television producer and TV host.