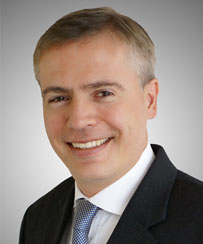 Zsolt Peter Nagy, born in Hungary, joined Reproductive Biology Associates as Scientific and Laboratory Director in August 2002. He has a vast experience and expertise in performing and supervising assisted reproduction procedures. Dr. Nagy has performed, coordinated and supervised several research projects that have been awarded with national or international grants. Most recently he, with his team, contributed to significant improvements in oocyte cryopreservation using vitrification technology, which led to the establishment of the first highly-efficient egg cryo-bank in the United States. The same novel approach now offers a long awaited option for women to preserve their fertility for medical reasons.

His professional career in assisted reproduction started at the Department of Reproductive Medicine (Brussels University) in 1989, as a medical scientist on the team that first developed intracytoplasmic sperm injection (ICSI), a novel insemination method, now utilized world-wide.

Dr. Nagy is a member of several national and international professional societies, including the American Society for Reproductive Medicine (ASRM), the European Society for Human Reproduction and Embryology (ESHRE), and Alpha Scientist in Reproductive Medicine, and serves on various committees of these societies. He has been an invited speaker on hundreds of medical and scientific meetings over the last 20 years. He is a scientific reviewer for several peer-reviewed medical journals and has been the Associate Editor of two highly ranked scientific journals: Human Reproduction and Reproductive Biomedicine Online. Dr. Nagy has authored or co-authored over 200 articles published in peer-reviewed medical and scientific journals, as well written or edited several books and book chapters.