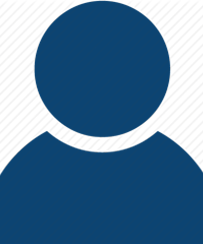 What is your current treatment state?
Finished all treatments

Did you undergo any fertility preservation treatments?
No, I considered it

Did someone on your healthcare team speak to you about the possible effects of cancer treatments on your fertility?
Yes

Who raised the topic?
A member of my healthcare team did

Was the information you received thorough and helpful?
No

When were you told that your fertility might be affected by your cancer treatments?
Before I started active treatment

Why did you not undergo fertility preservation?
I didn’t have time before treatment

Did you become a parent after cancer?
Yes, I became pregnant naturally

I was diagnosed with a rare childhood brain tumor at 22 years old. I had extremely high doses of radiation to my brain and spine. Time between diagnosis, surgery and radiation beginning was approximately 1 month. Because I was an adult fighting a childhood cancer very little was, and still is, known about Medulloblastoma’s. The fertility conversation between my neurologist and I went like this…we can tack your ovaries out of the way of the radiation beam to preserve your eggs, but we really don’t have time to do so and I don’t think it’s necessary. It was a scary thing to think about at 22 (I was newly married) and really not given an option. About a year past and my periods had not returned so I was sent to see one of the “top fertility specialists” at John’s Hopkins. After a great deal of tests I was told that radiation had badly damaged my eggs and I would never be able to have children. I was placed on hormone replacement therapy as I was told I was going into menopause. I walked out of the office and told the doctor she was wrong, I would be able to have kids. I remained on the hormones for about 4 months when I couldn’t take the side effects and decided to discontinue using them. 4 months after that I became pregnant with my first child. My son, Blake, will be 10 next week. My daughter, Abby, was born 3 years later and turned 7 last month. I have learned through all I have been through that Doctor’s can be great tools, but no one knows you better than you do. Follow your instincts!!