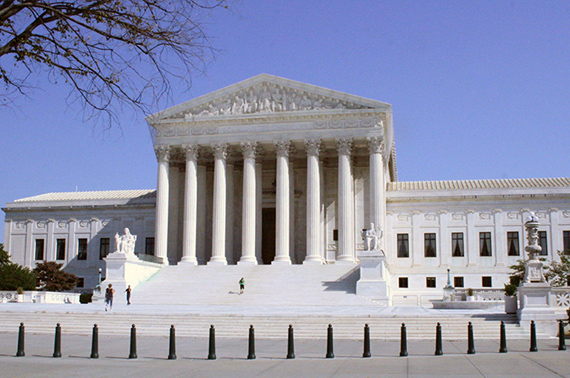 The Supreme Court of the United States refused to take up a case involving disputed embryos that were created for fertility preservation purposes.

The case, Szafranski v. Dunston, has garnered national attention. It arose after Karla Dunston, a doctor, was diagnosed in 2009 with lymphoma. Because her course of treatment presented the risk of infertility, she and her boyfriend, Jacob Szafranski, froze embryos. A few months later, they broke up. Unfortunately, Ms. Dunston was, in fact, infertile after her cancer treatment. Her three frozen embryos, therefore, represent her only chance at having biological children. In 2011, prior to any effort to implant the embryos, Mr. Szafranski sued to prevent Ms. Dunston from using them, and this litigation ensued.

While other courts had addressed the issue of disputed embryos before, the state of Illinois had not. No uniform analytical framework had emerged from the previous cases, so the courts in Illinois had neither legal precedent nor clear guidance to follow. The three approaches employed in other cases were: 1. the contractual approach; 2. the “contemporaneous mutual consent” approach; and 3. the balancing approach. The contractual approach views the embryos strictly as property, and looks at whether the parties had reached an agreement about the disposition of the embryos. If so, the court will enforce this as it would any other contract and defer to the stated terms, which reflect the wishes of the parties when they were agreed upon. The contemporaneous mutual consent approach requires that regardless of whether or not the parties had reached a valid agreement concerning the disposition of the embryos at the time they were created, there must be mutual consent about disposition at the time of the disposition. This approach allows either party to change their mind and essentially block the other party from enforcing any agreement that was reached at the time of embryo creation. The final approach is the balancing approach where the court applies its own judgment to weigh the relative interests of the parties in order to determine the optimal outcome, regardless of any previous contracts between the parties.*

The trial court opted for the balancing approach, finding that Dunston’s interest in the embryos was superior to Szafranski’s interest in having her not use the embryos, and granted summary judgment to Ms. Dunston. The appellate court, after a detailed consideration of the various approaches, settled on a hybrid approach which gave primacy to the contractual approach but, in the absence of a clear verbal or written agreement, would allow for a balancing of the parties’ interests. It then remanded the case to trial court for an application of this approach. The trial court found a prior verbal agreement between the parties to create the embryos constituted an “oral contract” and supported Ms. Dunston’s position. The court expressly rejected Mr. Szafranski’s argument that the informed consent document supplied by the fertility clinic (which stated that the embryos could not be used unless both parties were in agreement) modified or superseded their oral contract. This decision was affirmed by the Illinois Court of Appeals, which is what prompted Szafranski’s legal team to appeal to the Supreme Court. By declining to review the case, the Illinois Court of Appeals decision stands and is final.

In response to this outcome, AFP Board Member and reproductive law attorney, Nanette Elster, noted, “[t]his case really highlights that there is a distinction between a contract and a consent. As much as nobody wants to involve lawyers in family building, they have an important role in helping to think through eventualities.”

The Supreme Court’s unwillingness to review this case forecloses any further basis for Mr. Szafranski to block Ms. Dunston from using the embryos to try to become pregnant. It also leaves the law around disputed embryos unsettled, creating uncertainty about what types of agreements between couples themselves and between couples and their fertility providers will be recognized as binding, or whether compelling interests of one or both parties will tip a court’s ruling in their favor.

While the Illinois Court of Appeals repeatedly cited the verbal contract as the primary basis for its decision, it also made clear that had it applied the balancing approach, the outcome would have been the same. The court stated: “We concur in the circuit court’s ruling that Karla’s interest in using the pre-embryos is paramount given her inability to have a biological child by any other means.”

This case is only the second of twelve disputed embryo cases in which, regardless of the legal approach used, the party seeking to achieve biological parenthood prevailed over the party seeking to avoid parenthood. Notably, in both cases arriving at this result, the victorious parties were female cancer survivors who were, in fact, no longer fertile, and for whom the disputed embryos represented their only means of potential biological motherhood.

*For a detailed discussion of the different analytical approaches, See http://www.illinoiscourts.gov/Opinions/AppellateCourt/2013/1stDistrict/1122975.pdf