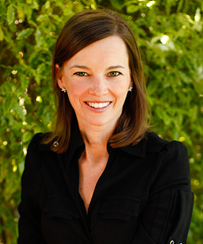 Lindsay Nohr Beck, an award-winning pioneer in the field of young adult oncology, is currently on a path to revolutionize the world of nonprofit fundraising by creating a marketplace for impact investing.

Lindsay started her nonprofit career as the founder of Fertile Hope (now a program of LIVESTRONG), a company she launched to address the profound reproductive needs of cancer patients and survivors – a need she discovered after her own experience with recurrent tongue cancer in her early 20s. Under Lindsay’s leadership, Fertile Hope strategically integrated two disparate medical specialties by changing the standard of care and catalyzing the establishment of a new medical discipline now called “oncofertility.” She has co-authored several papers on the subject, most notably ASCO’s Fertility Preservation Guidelines, presented extensively around the world, and appeared in numerous media outlets, including the TODAY show, Wall Street Journal, New York Times, and SELF magazine. She is also the co-author of 100 Questions & Answers About Cancer and Fertility. Following the Fertile Hope acquisition, Lindsay led a groundbreaking initiative for LIVESTRONG to convince major insurance providers to reform healthcare benefits for cancer patients facing sterility from their treatment.

Lindsay earned her MBA at the Wharton School of the University of Pennsylvania in San Francisco. She lives in the San Francisco Bay Area with her husband and their four children.