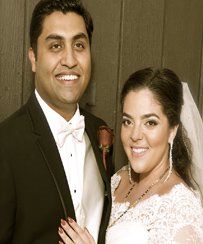 What is your current treatment state?
Finished all treatments

Did you undergo any fertility preservation treatments?
Yes, Egg Freezing

Did someone on your healthcare team speak to you about the possible effects of cancer treatments on your fertility?
Yes

Who raised the topic?
A member of my healthcare team did

Was the information you received thorough and helpful?
I don’t remember\I am not sure

When were you told that your fertility might be affected by your cancer treatments?
Before I started active treatment

How did you pay for it?
I paid for it out of pocket and I got help paying for it from family\friends

Why did you undergo fertility preservation?
My oncologist advised that I be checked for the levels of my fertility and any issues I may have or not when I was 23. They found my egg count was low and to get pregnant in the future it would be best to freeze my eggs. The finances were a concern but it was something I wasn’t willing to give up or not have as a protection for the future.

Did you become a parent after cancer?
Not yet but I would like to

My parents and I were told before my treatment that I may have fertility issues after treatment but I believe there was nothing to do before treatment at that time in 2001. I transitioned to a different oncologist 10 years after treatment to monitor long term effects of the cancer and treatment. At 23, my oncologist, Dr. David Freyer, advised that I check my fertility status. I have my care at USC. My fertility doctor there, Dr. Karine Chung, found that I had about a year and a half to get pregnant naturally based on my counts. In January 2013 I froze my eggs. I had a PPO then still but each company is different on how they approve covering fertility preservation. It was not covered by my insurance and finances were a huge concern. My boyfriend at the time, now my husband, had only been with me for a year at that point. We had already discussed that we would like to get married but a year into a relationship is still very early. In this time, if he wasn’t already, he became my knight in shining armor and happily ever after. He offered to pay for the egg freezing because, his words, “they’re going to be mine too so let’s do this together.” It made my heart so full of love and admiration for such a gesture. We did not freeze embryos because of course nothing was guaranteed and wanted to be smart about moving forward but we did freeze my eggs. We got married in August 2016 and are still waiting on having children. I do want to look into it this year to ensure the eggs will hopefully be viable and if necessary, start the process after trying naturally.