Treatments for Cancer and Sickle Cell Disease in Boys: Making Sure Their Fertility is Protected 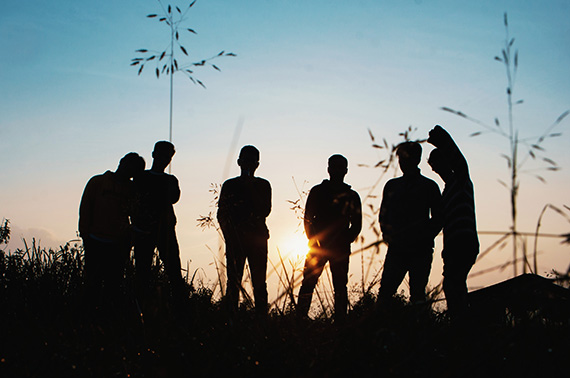 Recently, scientists discovered that certain treatments for cancer and sickle cell disease destroy the germ cells that eventually go on to develop into sperm in the testes of young boys. This means that the treatment, while important, and potentially lifesaving, may permanently impact their fertility should they want to have children down the road. The study was published in Human Reproduction and was the first to describe the effects of these treatments on spermatogonial quantity, although boys who have undergone chemotherapy or radiotherapy were historically known to suffer from infertility issues when they became adults.

We spoke with Monica Bhatia, MD, pediatric hematologist and sickle cell expert at Columbia University Medical Center about her initial reaction to these findings. “I was not surprised given that there are reports that even those with untreated sickle cell disease may be at risk for infertility,” Dr. Bhatia said. “There is always a hope that younger, pre-pubertal children may not be as susceptible to the effects of chemo and/or radiation, but this study does show that sperm production is markedly decreased. This is a single center study, so results must be taken with caution; however, the results are concerning enough that larger studies evaluating sperm production in these patients must be done.”

James F. Smith, MD, the Director of Male Reproductive Health at UCSF, responded somewhat similarly. “It highlighted a common problem for boys who need chemotherapy, namely that they often start chemotherapy prior to banking testicular tissue. For older, post-pubertal boys, it’s possible to bank a semen sample, but for prepubertal boys, a testicular biopsy is the only option. For boys who’ve already started chemotherapy, the research highlights the fact that fewer “germ cells” are present in their biopsies. Though we don’t know for sure the impact this will have on technologies to grow sperm from this tissue, it’s probably not good for their chances.”

When asked if, in general, if she feels pediatric doctors consider fertility when a diagnosis such as sickle cell is made at such a young age or whether they are getting more mindful of it, Dr. Bhatia noted, “In the United States, the diagnosis of SCD is made on a child within weeks of birth as a result of the newborn screen. Once the diagnosis is made, various treatment options are presented to the family including hydroxyurea and transplant. Fertility is likely not one of the items addressed early on but usually is once a family opts for treatment therapy.” Her advice for the parents of young patients? “As a pediatric transplant physician, we always encourage children and families to sperm bank prior to transplant in those who are post-pubertal (whether or not they are going to receive alkylating agents). In those who are pre-pubertal, we don’t have that option. Testicular cryopreservation is still experimental and offered at few centers around the country.”

She also acknowledged that finances can be an issue. “Additionally, if it is not being done as part of a study, the family will need to pay out of pocket, which can be cost prohibitive. For families with a child with sickle cell, my advice is to ask about all side effects when choosing a treatment plan and to be informed. Some physicians don’t always focus on the infertility aspect although I do feel that more and more are cognizant of this side effect and try and keep their patients as informed as possible.” Dr. Smith summed it up when he said, “The bottom line is that for all boys, it’s far better to attempt fertility preservation prior to starting chemotherapy if at all possible.”